To a certain market in this world, bezoars, or ox or cow gallstones, as they are also called, they’re worth more than gold.....

Gallstones, as the name suggests, form in the gallbladder of the Cow or Ox or Bison. Gallstones are usually round, triangular, or square in shape, vary in size and are usually a yellowish-red to brown-orange in color.

Ox gallstones, or bezoars, were first discovered in the writings of Shen Nong’s Herbal Classic.

This was written in the Qin and Western Han Dynasties, which dates its use from anywhere from 206 BCE to 221 BCE. They weren’t just used in China culture, however. Those who lived in the Andes Mountains were using gallstones and bezoars before Europeans arrived there.

The Persians and Greeks used the gallstones to cure poison, in the first century AD. Greek medicine also suggested that one wear the bezoar in a pendant or ring to invoke the stone’s magical properties. Some even claimed they could make a man virile and improve a woman’s fertility.

Gallstones are mentioned in the eighth century AD in Arabia by Serapion who was the court physician to Caliph Harun al-Rashid. He claimed that gallstones could cure poison of snake bites and scorpion stings.

The stones were used for jewelry and charms, especially in and after the 12th century, when they were brought to Europe by Crusaders.

Elizabeth the First was among those who desired bezoar jewelry, having one set inside of a silver ring.

There are lots of medicinal purposes by using the Ox gallstones. 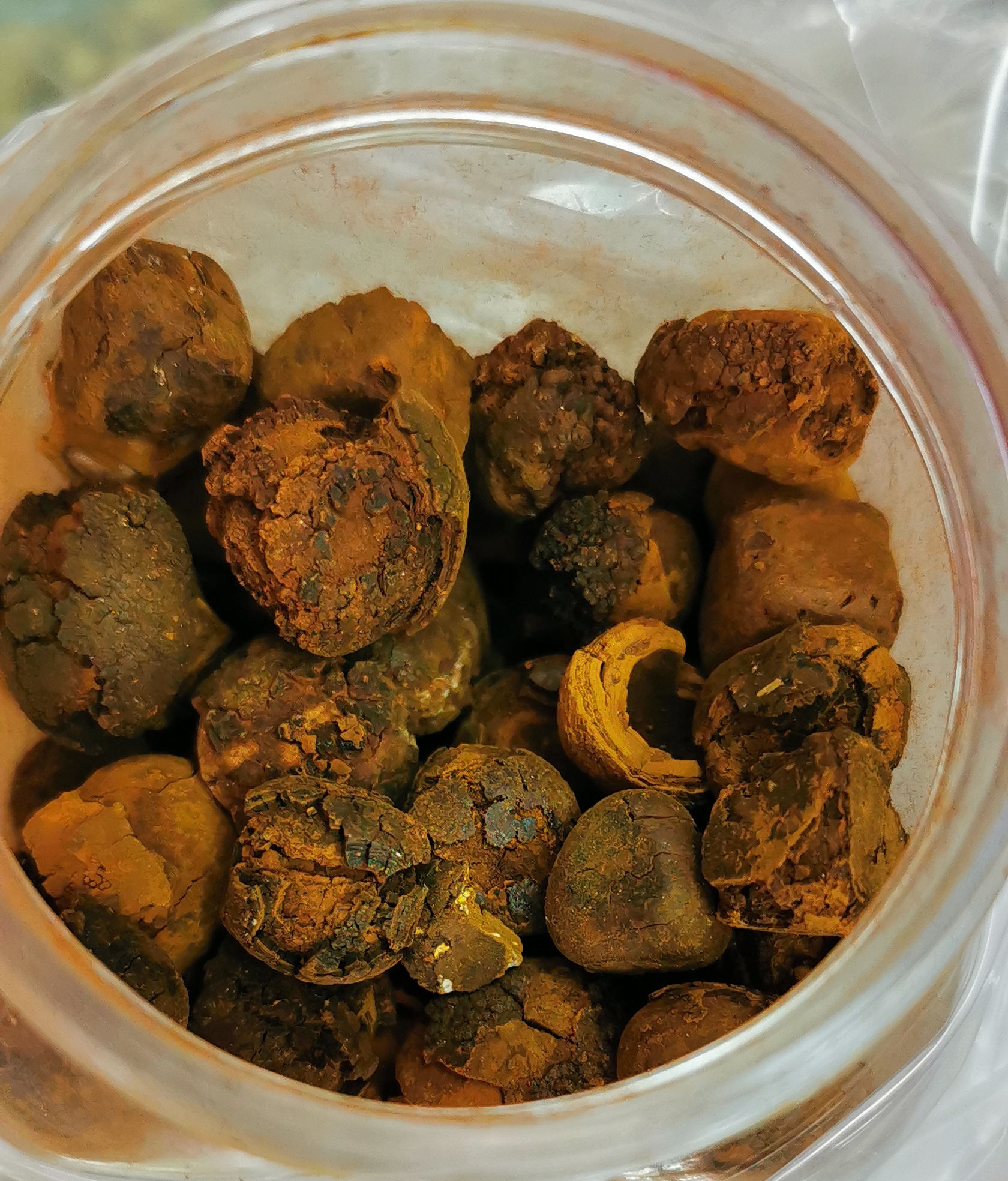 There are no products listed under this category.