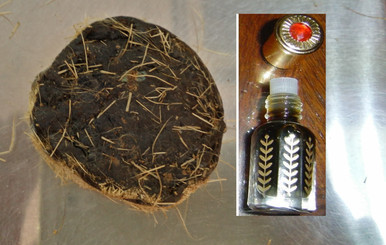 This is a 3 grams of MUSK: Wild deer non alcoholic musk oil (3cc) derived from the deer musk from Tonkin origin: For application to the skin & beard.

The price is inclusive of a 9 to 15 days delivery of standard air mail to anywhere in the world. We are wholeseller for Ambergriss, Aloeswood, Santolum Album/Sandal wood, deer musks, frankinscene from Oman and pure Yemeni's Honey. We provide wholesale price for bigger quantities.

If you want faster delivery, purchase our DHL express shipment found in the "DHL" category