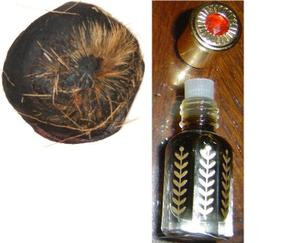 This is a 6 grams of MUSK: Wild deer non alcoholic musk oil (6cc) derived from the deer musk from the region of Central Asia and Himalayas without killing the deer: For application to the skin & beard.

The price is inclusive of a 9 to 12 days delivery of standard air mail to anywhere in the world. We are wholeseller for Ambergriss, Aloeswood, Santolum Album/Sandal wood, deer musks, frankinscene from Oman and pure Yemeni's Honey. We provide wholesale price for bigger quantities.