Agarwood is a resinous heartwood that sometimes occurs in trees belonging to the genus Aquilaria  (Thymelaeceae family). Aquilaria is a fast-growing, archaic subtropical forest tree, with a population range stretching from South Asia’s Himalayan foothills, throughout Southeast Asia, and into the rainforests of Papua New Guinea. It grows at elevations from a few meters above sea level to about 1000 meters, with approx. 500 meters being most ideal. Aquilaria can grow on a wide range of soils, including poor sandy soil. Seedlings require a great deal of shade and water but will grow rapidly, producing flowers and seeds as early as four years old. At least fifteen species of Aquilaria are known to produce the much sought-after agarwood. In South Asia, particularly India, Aquilaria achalloga is found. Aquilaria malaccensis is mostly known from Malaysia and Indonesia, while Aquilaria crassna grows primarily in Indochina. A number of others are also known, such as Aquilaria grandfolia, Aquilaria chinesis etc., though these are relatively minor species for agarwood production. 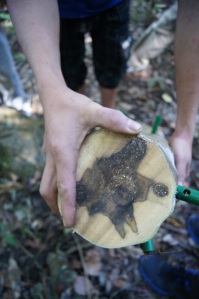 The “Wood of the Gods” has been traded and highly coveted for thousands of years. The resinous wood is used as incense, for medicinal purposes, and pure resin in distilled form is used as an essential oil as well as a perfume component. Outside its native countries, it is most widely known in the Middle East, China, Taiwan, and Japan. A strong connection exists between use, religion, and curative properties, and elaborate traditional and religious ceremonies are known around the world. Faith healers in the Middle East use it at curative ceremonies, Japanese pilgrims donate flowers and agarwood oil to Shinto-Buddhist temples, and Vietnamese religious groups are obliged to bring agarwood to ceremonies at their temples in Mekong Delta communities.

The value of first-grade Agarwood is extremely high. A wide array of products of different grades is available on the market, varying with geographical location and cultural deposition. Prices range from a few dollars per kilo for the lowest quality to over thirty thousand US dollars for top quality oil and resinous wood. Aquilaria crassna is listed as a critically endangered species in Viet Nam, and A. malaccensis is listed as vulnerable by the World Conservation Union, IUCN.

Resin-producing trees are endangered throughout their known habitat all across Southeast Asia. The main driving force, which initiated this project, was the recognition of unsustainable Aquilaria harvesting in natural forests that resulted in the near extinction of this tree genus in Viet Nam and elsewhere. Aquilaria crassna is now a protected species in Viet Nam. Trade and harvesting restrictions will be virtually impossible to implement and enforce if no alternative is developed to forest-based harvesting. In addition, both in the short and long-term, a natural resource base needs to be maintained to supply present and future Aquilaria plantations with genetic source material in order to prevent plant decease, maintain diversity, and possibly improve resin production
Source: therainforestproject.net

Why is it so expensive?
One of the main reasons for the relative rarity and high cost of agarwood is the depletion of the wild resource. Since 1995, Aquilaria malaccensis, the primary source, has been listed in Appendix II (potentially threatened species) by the Convention on International Trade in Endangered Species of Wild Fauna and Flora.